This month, our themes are Star Wars, Transition, Maturity, and Agency. We examine Star Wars, the role it has played in our lives and in our development as people, and what lessons we can take away as the door closes on an important part of our shared cultural heritage.

Long before the listicle was invented, I was doing 80% of my thinking in bulleted outline format. I’m mad for thought clouds. Anything to sort out this maelstrom of neural activity that plagues me beyond functionality.

It wasn’t until I began this conscientious deep-dive into the Star Wars Universe following The Rise of Skywalker that I had a well-focused lens through which to interpret the themes the series presents, and, in doing so, gathered a more well-rounded perspective of the Jedi, their behaviors, and their motivations.

We’ve been pitched the Jedi as the “good guys” for 40-ish years, and, by all accounts, they have been, compared to the Emperor and his devotees. And it’s a fair enough argument, if the Emperor is the bar. But saying that anything north of the Emperor’s behavior isn’t all that bad is little like suggesting that it’s okay to drive a bus full of nuns off of a cliff as long as you don’t set it on fire afterward.

Say what you will, this guy usually has more subtlety than that.

The Dark Side is bad, a la the aforementioned nun-filled bus fire. The Jedi aren’t as bad, but they do strike me more like freshly squeezed orange juice right after a tooth brushing. 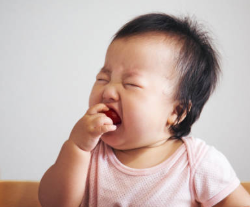 Once you step back, as the new trilogy and subsequent Star Wars stories have done, and look at the universe from a galactic perspective, one where the Jedi are just one culture among thousands with their own hierarchies, religions, magics, and disciplines, you get a better idea of just how odd the Jedi, and their roles throughout the Galactic Republic, really are.

Imagine a religious sect dedicated to the sanctity of Numbers – their values, their order, the power of mathematics and arithmetic to guide the formation of everything, from music to spaceships, and every other facet of the universe in between.

MatPat over at the Film Theorists gives a good breakdown of the moral deficits of the Jedi’s child rearing policies, so I’m not alone in my thinking.  Generally, you take a young child away from their loved ones, isolate them into an order of emotional detachment and passive aggression while simultaneously training them in the deadliest martial arts known to the galaxy, and you expect to come out with a bunch of happy campers with zero emotional issues.

Everyone here are super well adjusted.

The Jedi Sifo-Dyas went to the soggy planet of Kamino around 32 BBY, and commissioned them to find the best soldier in the galaxy and clone him up good. And they did. 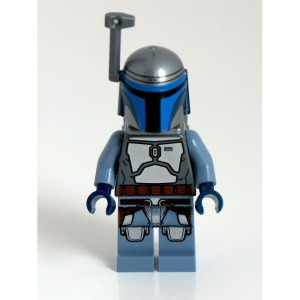 The best soldier that would agree to do it, anyway.

Shortly thereafter, Sifo-Dyas was killed by something or other, before letting anybody know that he’d placed and pre-paid a huge order at the Clone-o-mat. When Obi-Wan found out about it, by accident, some ten years later, the Jedi Council’s response was to mobilize those troops into a Grand Army of the Republic against a rising Separatist movement. It was fortuitous timing, as the Jedi had recently discovered that the Separatists were being brainwashed by a Sith Lord who was being manipulated into tearing the Republic apart from the inside out.

We’re not necessarily called upon by the story to question the ethics of a society that would cultivate and train intelligent clones into an ideology of warfare and violence, and then sell those clones into forced servitude. But I think, maybe for a second, we should examine the motivations of the guys who go, “So how much for a subscription?”

In addition, we should probably figure out how Palpatine was able to go in and add that “Order 66” kill switch. Would that be standard?

Since this became something of a manifesto – and when one is discussing Star Wars, it often does – I felt it should probably be broken into parts. Because, rest assured, I’ll soon have more to say.

This makes no sense. I dont know why i did it. I Am X Episode #1, available as a PDF by request.
Stuff is going on.
We’re back in the New Year! The Lost Season - The story of theater that might have been! https://off-the-spectrum.com/2021/02/08/ls-1/?fbclid=IwAR3KS7OyRMO230B3_5kb6sp0a9-AOwARoZY7b665j3ZAL7YytipdFArPUNM #sprungocomix #comics #OffTheSpectrum #Broadway #Theater #humor